Up to 70,000 bowel cancer deaths could be prevented over the next four decades under the fully implemented National Bowel Cancer Screening Program, according to new research.

The research, published in the Medical Journal of Australia, found the existing National Bowel Cancer Screening Program (NBCSP) would prevent more than 35,000 bowel cancer deaths between 2015 and 2055.

The Federal Government program invites people aged 50, 55, 60 and 65 to screen for free. Seventy year olds will be added next year, with full implementation of the program by 2020.

Accelerating the implementation as planned, to include screening every two years, would prevent an additional 34,869 bowel cancer deaths compared with the current scenario.

The research recognised a need for improved participation in the program, with the current screening test uptake rate considered unacceptably low.

“It will become increasingly important to consult closely with the primary care sector and provide support to GPs to facilitate their role in the expanded NBCSP,” researchers wrote. 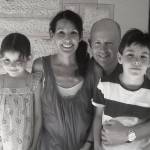 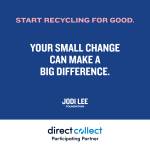