In 2015, Paul Grant ticked a major item off his Bucket List, cycling over 3,600km from Perth to Melbourne in 3 weeks, raising over $40,000 for The Foundation. He dedicated a lot of time towards his accomplishment with 12 months of planning, training and fundraising.

Paul developed resolve and resilience from completing his Bucket List Challenge, as well as a high level of physical and mental wellbeing. However, above all else he achieved “a sense of pride in raising money that would be used in raising awareness of the importance of bowel cancer screening. This means people will not have to suffer the tragedy that Jodi’s family suffered.”

Paul encourages everyone to find something challenging to tick off their Bucket List, while raising money for the Foundation. “The commitment you make to a cause greater than yourself will go a long way towards ensuring you tick your Bucket List item off and experience all the benefits of your achievement, whatever that may be.” In 2019 Tory completed her Bucket List Challenge of running a marathon on each of the seven continents.

Tory’s Bucket List journey began in her late 30’s. After having children, she finally had time to look after herself and exercise more consistently. She signed up for the New York City Marathon after seeing social posts about the Marathon from friend Tamara Lee (sister of Nick Lee).

In 2011, she completed the NYC Marathon raising over $10,000 for The Foundation. “I had an amazing experience running the New York Marathon, smiling, high fiving the crowd, waving as my name was called out by the bands and supporters along the route.”

Over the next year, Tory’s plan developed organically as she timed her runs with conferences, family trips and much-needed breaks. However, ticking off her Bucket List item didn’t come without its challenges. Tory’s 6th marathon in Caracas was cancelled 5 days before the event. She discovered that “setbacks with race cancellations, injury, work and family needs are a part of life. They mean that plans need to be flexible.”

Tory found working towards a Bucket List goal fun and enormously satisfying. “If my adventures can help start a conversation with someone and can prompt them to do the bowel screen test and identify any changes early – that’s brilliant. And it means my adventures have all been for a very good cause.” After losing two of their sons to cancer (Paul at the age of 20 to brain cancer and Kym aged 37 to bowel cancer), David and Joy set off on The Happy Chappy Ride. They rode their Davidson Softail Deluxe motorbike anti-clockwise around Australia to raise money for the Jodi Lee Foundation and the Charlie Teo Foundation. For them, this was a “Cross Off the Bucket List event.”

David and Joy’s journey around Australia was a 3-month adventure that was inspiring to follow. Their trip raised awareness for the early detection and prevention of bowel cancer. Inspiring generous donations, they raised $53,611 for the Jodi Lee Foundation. David and Joy have continued to share their story with others and the Foundation is proud to have them as Ambassadors for Bucket List Challenge in 2021.

David and Joy began their Bucket List Journey with “a book full of blank pages, waiting to be filled with experiences and adventures.” They saw the best of humanity shine through on their ride with generous donations from strangers. “People we did not know would talk with us, want to know about our ride, and then they would tell us their story. Often, we heard stories of other parents who had lost a child. A bond was formed straight away.”

When reflecting, David and Joy highlighted that “life throws us curve balls and we never know when that will happen. We can either let that ball smack us fair and square in the face and get knocked out or we can catch that ball and throw it back as hard as we can.”

By sharing their story, David and Joy want to give people hope and draw attention to the early detection of bowel cancer. “The ride was a “God journey” for us, and we are so glad that we were able to do it together. It certainly allowed us to “cross that off the Bucket List” and gave us (even today) something to share with so many people.” 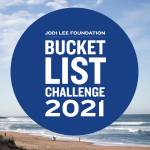 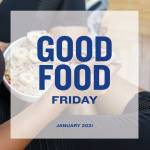