Thanks to James Brayshaw for mentioning our #iknowsome1 campaign on the AFL Footy Show tonight.

It was fantastic to see #iknowsome1 mentioned on Channel Nine’s Footy Show, where James Brayshaw congratulated Carlton and the Western Bulldogs for getting behind the campaign.

James talked about some of the big names involved in #iknowsome1 such as Marc Murphy, Dermott Brereton, and the great Stephen Kernahan, also explaining how people can get involved.

If you missed it, you can watch it here.

To get involved, simply post your photo and tell us who you know with bowel cancer on Instagram or Twitter using the hashtag #iknowsome1, and see yourself alongside AFL greats on www.iknowsome1.com.au.

A huge THANK YOU to James Brayshaw! 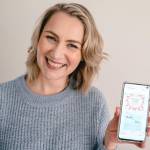